Trump only wants people from places like Norway to immigrate to the US. He just revealed what we all knew: DACA limitations are based on racism, not a concern for the law.

35,600 Illinoisans are DACA recipients. We need to stand up for our neighbors, co-workers, and friends. 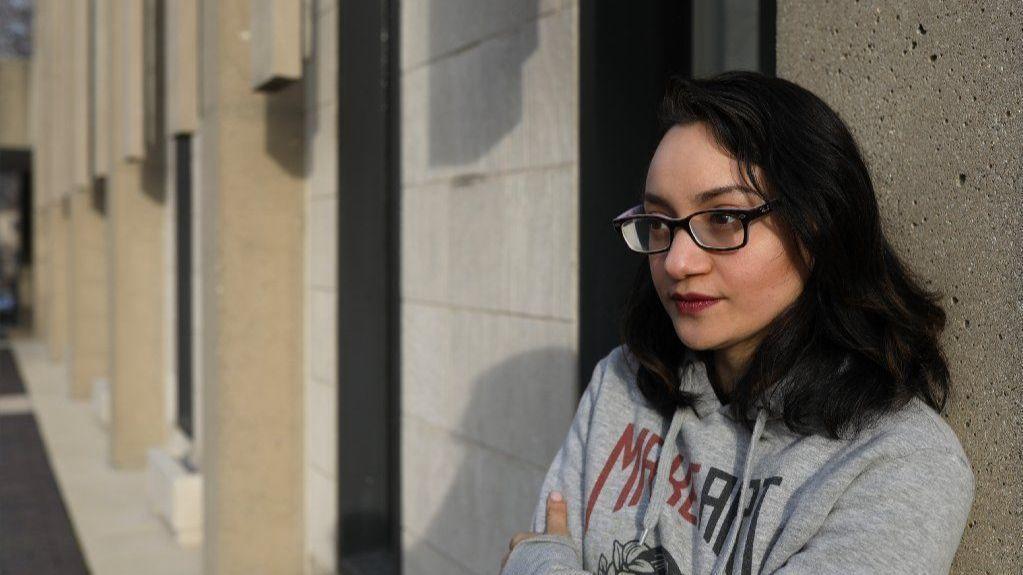 ‘Dreamers’ scramble to submit DACA renewals while they can
DACA was set to end in March, but the federal government on Saturday resumed accepting renewal applications.
www.chicagotribune.com

From Activism to Government: An Interview with Grace Chan McKibben

“I bring a unique perspective and an understanding of all the different issues that people are concerned about. Making sure that everyone has equal opportunities, education, employment, healthcare, housing & economic opportunities is supremely important.”

The Fight for DACA

The legal clinic that I helped found is helping Dreamers from so-called “s***hole” countries all throughout the world apply for renewal of their DACA status. Where you come from should not matter if you want to be an American.

DACA Recipients Can Apply For Renewal, Government Says
U.S. Citizenship and Immigration Services said it will once again accept DACA renewal requests in response to a court order from a California judge this past week.

As we have celebrated Dr. Martin Luther King’s birthday this week, let us also celebrate his legacy of active resistance.

“The surprising success of that effort revealed that King’s nonviolence was, above all, a practical technique. King called it active resistance, in contrast to the more familiar term, “passive resistance,” which he said “gives the false impression that this is a do-nothing method.”

We can best honor his legacy by continuing to struggle for justice.

I received the Sandra R. Otaka Award from the Asian American Bar Association of Chicago for my work in co-founding the Chinatown Pro Bono Legal Clinic. We started with no foundation or government funding, but now the organization has helped thousands of low-income immigrants get the help they need.

So excited to be endorsed by Julie Vassilatos, Hyde Parker, public schools advocate, and author of the popular education blog Chicago Public Fools.

“25th District voters, I am endorsing Grace Chan McKibben for her support of a fully elected school board and her nuanced understanding that some sources of revenue are just not worth it.”

The perils of state-run gaming, and an endorsement for the 25th District
There is certainly a great deal happening in CPS right now. Much to pay attention to! We’ve got new CEO Janice Jackson trying to deal with the fallout from the previous CEO’s special education funding-revamp chicanery. We have a series of ongoing hearings about the latest round of school closing plans …

Join us for this upcoming fundraiser!

Why the Debt Transparency Act Matters

The Illinois House stood up to Governor Rauner last week; my experience in state government has taught me how important that is—and how and where to do it.

Last Thursday, the Illinois House voted unanimously to overturn the governor’s veto of the Debt Transparency Act; we’re waiting for the state Senate to do the same. I’d like to take this opportunity to dive into what’s at stake here, what it says about how state government works, and how important the upcoming election for the 25th district is.

We usually think of the legislature as responsible for making laws, and the role of the executive branch (state agencies under the direction of the Governor) as responsible of ensuring that the laws are followed. When things do not work in state agencies for the people, the legislature need to step up to pass laws to fix the situation. The Debt Transparency Act does just that.

The State of Illinois is in pretty serious financial straits. In the two years we went without a budget, we’ve accumulated about $16 billion in unpaid bills. This figure may actually be under-estimated because state agencies only have to tell the state comptroller’s office how much they owe to vendors companies, nonprofit agencies, and consultants.

For most the past decade, I have worked at nonprofit agencies that depend on state funding to provide care for elders in their homes, child care services for low-income families, and employment counseling and training to adults who are seeking employment. Over the past three years, many of these human service agencies have been forced to reduce program hours, lay off staff, or in the worst case scenario, shut down altogether because of severe delays in payments from state government for services already rendered. Non-profit agencies are in the same boat as large consulting companies when it comes to debt owed to them from the State of Illinois. But unlike the Deloittes and McKinseys, few community-based organizations can afford to float the State of Illinois loans month after month. And no social service worker I know can survive for months without getting paid by their employer.

The Debt Transparency Act will require that state agencies keep better track of who they owe money to, and for what, and that they share that information—not once a year, but once a month—with the State Comptroller sends a check to the payee after verification.This will help the many organizations to whom the $16 billion is owed to receive their payments faster.

I’m proud to be running as a Democrat, and as a legislator you can bet that I will be standing up and fighting for public services, and for a progressive income tax so that we as a state can fund these services. I’m also proud to fight for spending our tax revenue responsibly. With the combination of my state government and community-based nonprofit experiences, I’m keenly aware of how these organizations depend on state funding to provide needed services for the elderly, for children, and for job-seekers. I understand the need for more transparency not only from standpoint of good policy but I also know from first-hand experience that it will have an impact on ordinary people’s lives. I pledge to leverage my experience to bring legislative authority to solve problems where others might pass the buck to the executive.